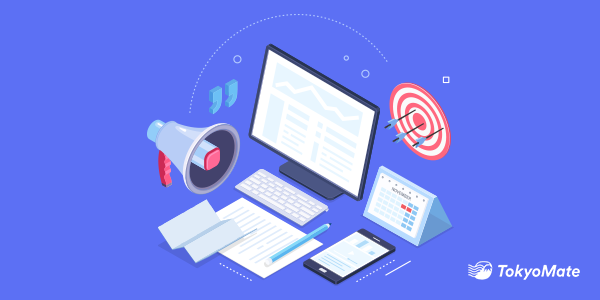 Today, we discuss popular Japanese marketing strategies for July to September, so you can start now to prepare for the upcoming special days and events in Japan's summer and early autumn calendar.

You may recall, according to an Allied Architects' survey of 2,900 Internet users on social media use, the leading reason behind why Japanese subscribe to a corporate account was "to enter a promo campaign hosted on social media."

Here's why: Campaigns and promotional events are a highly effective way of grabbing the attention of savings-conscious Japanese consumers—not only to get them to follow corporate accounts but also for continued engagement with the account in question.

Ready to try your hand at running an online campaign like a Japanese marketing pro? Here are 5 case studies that just might spark your next social media promo and get more engagement for your business.

There are many festivals and holidays you can use for marketing in July. Most popular among them perhaps is七夕 = tanabata, which is observed yearly on July 7 or August 7, depending on where you are in Japan. Tanabata is also known as the "star festival" as the origins of this festival celebrate the meeting of two stars, Altair and Vega.

A popular tanabata tradition is to write one's wishes on colorful strips of paper and hang them on bamboo branches. Shopping malls in Japan will often set up a bamboo tree in a gathering space and provide pen and paper so that shoppers can participate in the tradition. 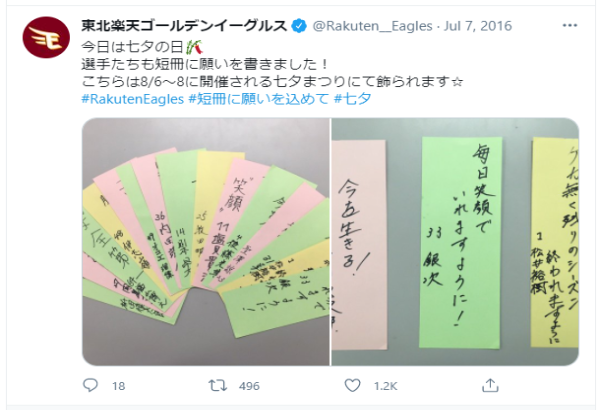 The Twitter post stated that these paper wishes would be visible to fans at an upcoming date and time, announcing and attracting customers to the upcoming event.

Key takeaway: You can use the concept of tanabata "wishes" to allow the personalities of those in your team to shine. Additionally, if you set up a tanabata wish-writing station, this is a popular way to draw people to a venue.

According to the Statistics Bureau of Japan, 70 percent of Japan's landmass is mountainous. Hence, this legislated holiday is meant to observe and appreciate the blessings we receive from the mountains.

By some reports, Volkswagen's logo looks like a mountain range, which VW's marketers have latched onto and used adroitly.

Volkswagen Japan, in their 2019 Mountain Day campaign, asked people to post a photo with anything that looked like their logo + the hashtag #ワーゲンロゴ2019 (trans. "VW logo 2019"). Selected photos would be used in their next Volkswagen calendar—plus a chance to win an OSMO Pocket camera.

With a low bar to clear for entering this campaign, this was a crafty way to get people talking about VW while also elevating awareness of Volkswagen in Japan. 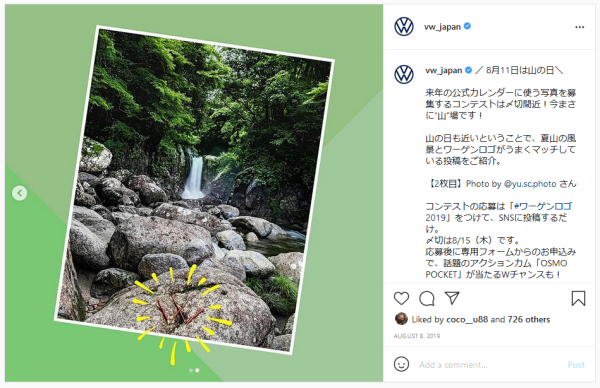 Key takeaway: Instagram campaigns where you only need to post a picture and a hashtag are a clever way to grow awareness of your brand—considered doubly effective because of zero pressure to make a purchase as part of the campaign structure.

In Japan, schools' summer break lasts approx. a month, starting from July 21 or 22 until the end of August (length varies by region and city).

Buying summer gifts for clients, friends, and family has a long tradition in Japan. Many individuals return to their hometown during Obon (often celebrated from August 13 to 16), and bringing a gift when returning home is standard.

While many may forgo travel to see their relatives this year, the market for sending summer gifts appears to be booming, perhaps to make up for the lack of an in-person visit. Popular summer gifts include delicacies, jellies, sweets, melons, and pricey fruit—but can also veer into more imaginative territory.

Pre-COVID19 times, transportation, tourism, and lodging industries would rake in profits during this season. This year, entertainment and educational material that can be enjoyed from home are set to be booming categories.

Unsurprisingly, the need for products that help cool and survive the scorching heat of summer are always popular during this time. And social media campaigns that help individuals beat the heat or sympathize with everyone's joint suffering are immensely popular.

Key takeaway: During August, the choice to travel or stick close to home + the summer heat are two events most Japanese are faced with at this time of year. Consider how your service/business can provide alternative options to either of these events to help your customers have a better summer. 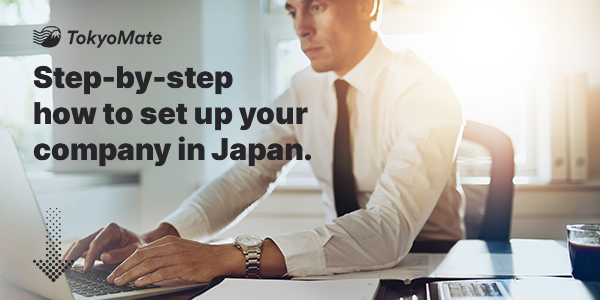 Respect for the Aged Day is a national holiday in Japan, which will be celebrated on September 20 in 2021.

In 2018, the Tokyo Fuji Art Museum held a Respect for the Aged Day campaign to coincide with their exhibition of art related to the Pippi Longstocking novel.

The first 50 people who visited the exhibit—accompanied by grandparents—received an original postcard on the spot! This part of the campaign ran for each day that the exhibit was open.

Additionally, if you reposted/retweeted their campaign post on social media (FB, Twitter, or Instagram) with the hashtag #敬老の日はピッピ展 (roughly translated to "Respect for the Aged Day at Pippi Ex") and tagged and followed @pippiten, you would be entering a chance to win one of a variety of Pippi-related merchandise.

Key takeaway: Rewarding individuals who repost/retweet a campaign post from an official account is an extremely popular method in Japanese marketing to increase the visibility of a campaign or event.

Disaster Prevention Day, observed on September 1, is one of Japan's national awareness days, which began in 1960 to raise consciousness around behaviors and actions that could help reduce disaster fatalities.

Suntory's division that sells bottled natural water ran an informative and entertaining campaign around the theme of disaster prevention. While it wasn't held on Disaster Prevention Day itself, it's a great case study for it.

In their February 2020 Twitter post, they stated that according to survey results from a pool of 10,000 individuals, 1 in 3 people had expired foods in their disaster-proof bags. Additionally, only 35.6% of respondents had sufficient water to last them during a disaster-related event. 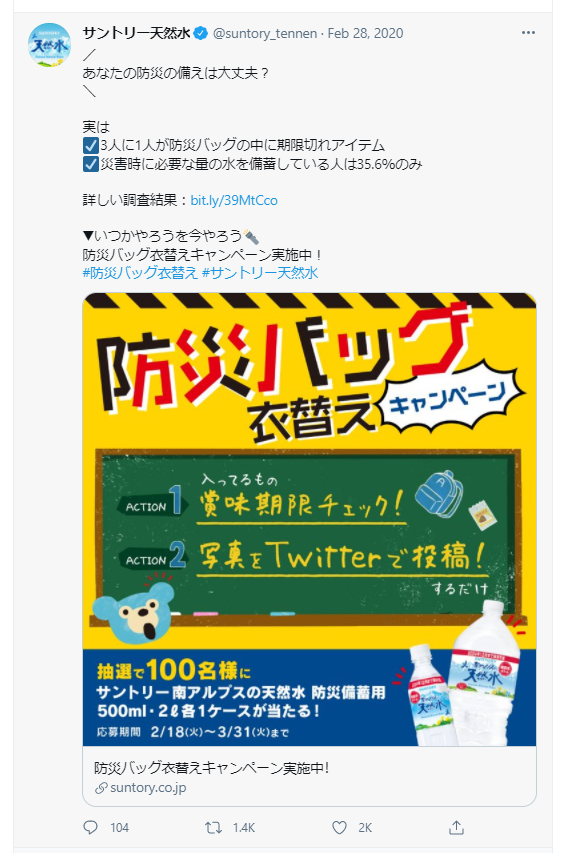 Suntory went on to urge individuals to check the expiry date of the goods in their survival stock and tweet a picture of the expiry dates with the two tags #防災バッグ衣替え #サントリー天然水. (The two tags are roughly translated to "Disaster bag seasonal refresh" and "Suntory natural water.")

Key takeaway: This campaign had high participation from users for a number of reasons: Disaster preparedness is something Japanese think about a lot, and we have many reasons for doing so. However, as shown by research, it's easy to forget about food expiry dates. This campaign prompted action on something that most Japanese feel compelled to think about and take steps to enact. Seeing others post pictures of non-expired canned foods and drinks likely appealed to the socially compliant nature of the Japanese—if others are doing it, I should probably be doing this too.

Related articles on business in Japan 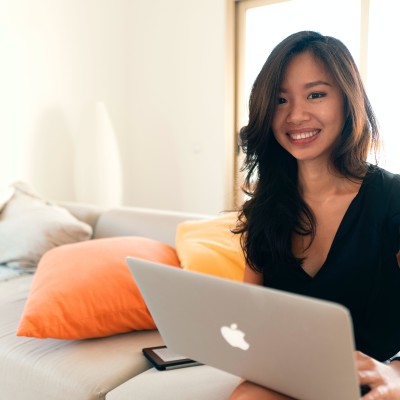